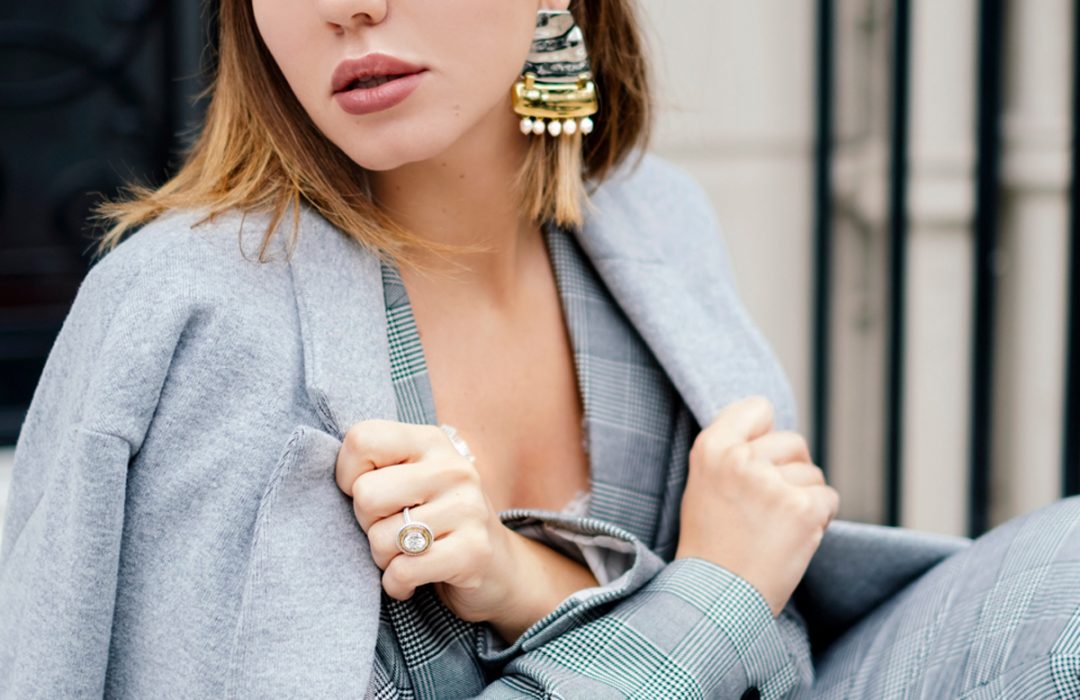 Categories Fashion • How To

A Portrait In Grey

How To Wear All Grey Without Looking Boring

Getting Ready Time: 1 hour and 12 minutes. Believe it or not, but it is a lot harder to put together an outfit in neutral tones than it is to throw some colour into the equation and call it a day. Accessories matter a lot more; precision and exciting details are a key to a great look.

It seems that time is just flying by. It’s mid-October, and I already walked past my first Christmas tree this year. I guess 2017 is slowly heading to an end. Which is not exactly bad, as 2017 was clearly off its rails. It was one storm after another: we had to deal with Brexit, Trump was elected president, people keep telling me that they liked Lalaland, hurricane Ophelia made people tweet ‘apocalypses!’ at a sight of blood-red sun and I almost entirely stopped wearing colour for the last three months. I honestly do not know what part of this year was the craziest; I guess Trump and Lalaland would have to share the first place, but my lack of interest in colour would most certainly place solidly at a second.